We suspended most in-person services. Read our blog for details.

Having friends and family prolongs your life by a lot. 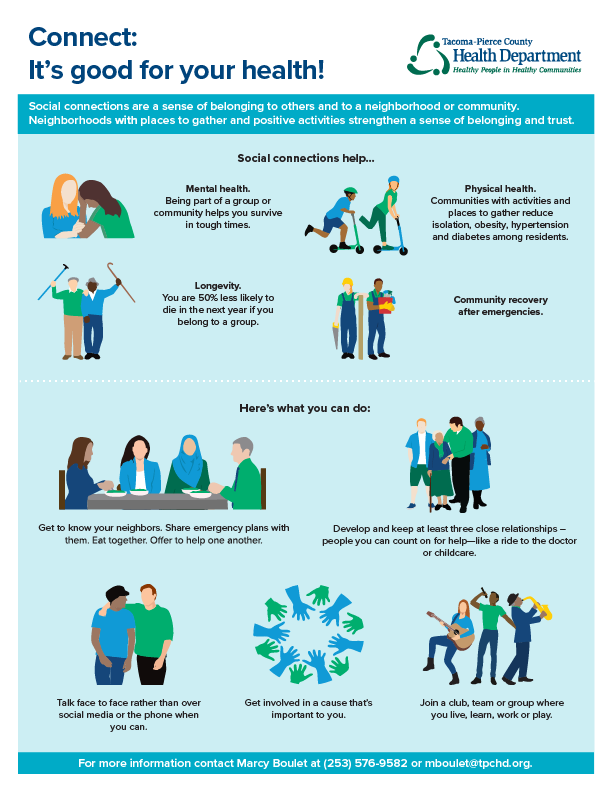 You already know people should quit smoking, lose some weight and get regular exercise if they want to live longer.

But researchers have found social connections are at least as important as any of those things—and might matter even more.

Loneliness is widespread and deadly.

Lots of research has found the same thing: People with no social connections end up with poor health. Here are a few things we’ve learned:

Make 3 friends and call me in the morning.

The cure for this is easier to swallow than any medicine: Connect with people!

About 25 percent of us don’t have a single person we can confide in, but to be our healthiest we need at least 3 people we can count on.